About Kim Morrissey, Barrister at Law

Kim Morrissey is a will disputes, estates and family provision barrister with over 30 years experience in litigation assisting people to resolve their will dispute claims. As a barrister, he appears regularly in the Supreme Court of NSW, briefed by solicitors from all over Australia in will dispute cases on behalf of clients.

Kim specialises in family provision, estates, probate, will disputes, contesting a will claims, construction of will cases, trusts and equity, and commercial law.

Kim practised as a litigation solicitor in partnership in Sydney (1978-1985) before commencing at the Sydney Bar in 1985. Since admission as a barrister he has developed his legal practice in the areas of Wills and Probate (including contesting a will and Family Provision Act claims) , Equity and Trusts, Commercial Law (including contractual disputes and business disputes).

As a barrsiter, he has acted for clients who reside outside of NSW, in other states and territories of Australia, and overseas, either "ex-pats", or permanent residents of an overseas country who are involved in a matter in a court in New South Wales.

Kim has served as a member of a Professional Conduct Committee of the NSW Bar Association and an occasional instructor with the Readers' Program of the NSW Bar Association. He has been an arbitrator since 1983 and a mediator since 1985, has delivered lectures to solicitors and other barristers as part of their professional requirements to have ongoing legal education, and has published and presented a number of papers relating to litigation skills to legal practitioners in NSW and the ACT. 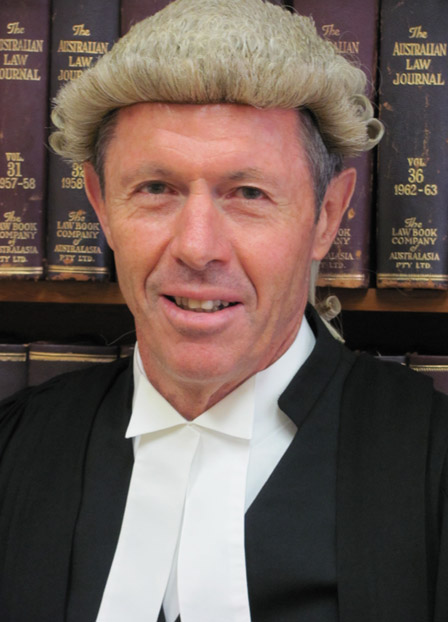